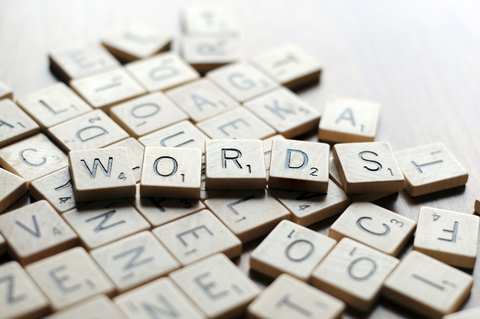 Words. They have so much power. I truly believe that words are the last bits of magic left in this world. Words can combine into a story that takes you to new worlds. Words in a song can touch your heart or give you a soundtrack to a special moment in your life. Kind words can heal your soul. Thoughtless words can scar you forever.

Take the word ‘lazy’ for example. When I was a kid my folks often called me lazy. This was before we got a better word for what was wrong with me (Rheumatoid Arthritis). Even though I know that word was used in a joking manner and even though it was never used again once they knew I was sick, I will spend the rest of my life defying that one word. I may be sick, I may get tired, but no one will ever be able to hang that word on me again. One word, used many years ago, has at least partially directed the course of my life.

When I was in college I was part of a large group of friends. We were in the same club, took a lot of the same classes and many of use competed on the school’s collegiate equestrian team. We were a close nit group and they were the first really solid friendships I’d ever had. I still wasn’t ‘out’ about being sick though so they didn’t know about my RA. Because of that, words like ‘clumsy,’ ‘wimp,’ and ‘hypochondriac’ were often sent my way.They didn’t know, but those words hit me like arrows and left me hurting for a long time afterwards. It was careless on their part, but my own fault for not telling them that I was sick. I’ve forgiven them for their ignorance and moved on.

My response: “Damn-it woman, don’t make me cry when I’m at work.”

As you can see, those words she spoke stayed with her. Almost 15 years after college, those foolish words were still making an impact. But not on me. On her. Her words had long since faded in to history for me. But the fact that she’d used words that had hurt me stuck with her. She is, of course, forgiven. She was a long, long time ago. But I think she needed to hear that forgiveness just as much as she needed to apologize.